Cecilia Goodson Spach, 92, died peacefully in her sleep on Oct 20, 2018, after a short illness. Madison Spach, her loving husband of nearly 70 years, was with her when she passed away.

Cecilia Goodson was born and raised in Winston-Salem. She was a star athlete at Reynolds High School, where she met her perfect match in Madison Spach. Cecilia earned a nursing degree from Presbyterian Hospital School of Nursing in Charlotte. When Madison returned from the service, they married and moved to Durham, where Madison attended Duke University. Soon thereafter, Cecilia left the nursing ranks to focus on raising their four children.

Cecilia continued her athletic interests by playing tennis for many years. This led to a ritual of attending the US Open tennis championships each fall in New York City. Cecilia loved attending with various friends and relatives, taking in Broadway shows as well as attending the tournament. Cecilia was also a superb bridge player. She often played with friends and was recognized as a mentor in the group. She embraced adventure and cherished her travels around the world with Madison.

In 1968, Cecilia was one of 18 women who donated a total of $450 to start a thrift shop to raise money for medical school scholarships. The Medical Faculty Wives group continues to operate the Nearly New Shoppe 50 years later; Cecilia was the still the treasurer at the time of her death. In large part due to Cecilia’s keen intelligence and financial acumen, the shop grew to give more $1 million annually in scholarships. The Medical Faculty Wives were recognized with a Distinguished Service Award from Duke University Medical School in 2013.

Family was a key part of Cecilia’s life. She was a loving and supportive mother. She was proud of all of her children. She especially delighted in her grandchildren. Though her grandchildren were scattered around the county, she and Madison visited them often and were close to all of them.

Throughout her adult life, Cecilia remained modest, kind, elegant, and gracious. She was known throughout the community for her friendliness and generosity. Cecilia was unfailing kind to everyone and was beloved by everyone who knew her. She was an exemplary wife and mother; the success of all of her family was due to her guidance and support. The world has lost a shining light.

Cecilia is survived by her husband, Madison of Durham; her children Madison Spach Jr. (Mary) of Laguna Niguel, California; Joyce Clark of Durham; Susan French (Paul) of Fort Collins, CO; David (Tricia) of Seattle, WA; her brothers Clive Goodson and Carey Goodson, both of Winston-Salem; eight grandchildren; and one great-grandchild.

A service will be held on December 15 at the Forest at Duke in Durham, NC. Time of service is to be determined.

Offer Condolence for the family of Cecilia Goodson Spach 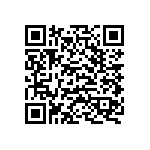