Cecil graduated from Oak Hill School and attended East Carolina College before joining Carolina Telephone as a Yellow Page representative. He then joined the tobacco industry working as a sales representative with Liggett & Myers, National Tobacco Company, and retired from Swedish Match North America. Cecil loved the game of golf and played all his adult life. He was devoted to his family, always putting his family first. He was a member of Oxford United Methodist Church.

Funeral services will be held Monday, January 30, 2017, at 3:00pm at Gentry Newell Vaughan Funeral Home. Visitation will be held at the funeral home the day of the funeral at 1:00 pm and at other times at the home located at 210 Hunters Road, Oxford, NC.

Offer Condolence for the family of Cecil Maynard Howard, Sr. 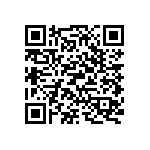