Catherine Pennock Predmore, age 98, passed away peacefully November 24, 2012, surrounded by her loving family.
Known by family and friends as “Pat,” she was preceded in death by her husband, Richard Lionel Predmore, and is survived by her three sons, Michael and his wife Izvara of Stanford, CA, Richard and his wife Anne of Campobello, SC, and James of Tacoma, WA.; five grandchildren, Timothy, Andrew, Misha, Jamie and Jenny; and three great grandchildren, Amelia, Walton, and Miles.
The youngest of three children, Catherine was born January 3, 1914 in Santurce, Puerto Rico to the late Frederick William Pennock and Emma Brill Pennock. She was raised in Queens, NY. In 1935, she received a BA in Spanish from Cornell University, where she served as president of her sorority, president of the woman’s senior class, member of the woman’s tennis team and was awarded the McMillan Prize in Spanish. Upon receiving her MA from Columbia University, she went to Europe in 1935-36 to travel and study. She met her future husband, Richard Predmore, in Spain where they studied at the University of Madrid. They left Spain in June 1936, one month before the outbreak of the Spanish Civil War.
Catherine and Richard were married in 1937 and lived in New Brunswick, NJ, where he taught at Rutgers University. In 1950, they moved to Durham, when he accepted a teaching position at Duke University. Cheerful, good-natured, sociable, and a good sport, she was a devoted wife and mother, sharing a full life with her family. Always supportive of her children’s education, Catherine encouraged her sons in school and initiated them into the sport of tennis. Throughout her life, she was active in her favorite recreational activities of tennis, swimming, hiking, and horseback riding. In mid-career, she took up square dancing with her husband, at which they both became proficient.
Catherine accompanied and complemented her husband in both his professional and academic activities. During the 1950s she was social director at the Spanish Summer School at Duke University where she taught Spanish folksongs and dances. She also taught Spanish briefly at North Carolina Central University and for two years at Duke University. For several years, she offered her services to teach Spanish to Duke faculty wives.
Catherine was very active in civic and cultural activities at Duke, and in Durham including: the League of Woman Voters, the Halcyon Literary Club, Campus Club, Music Club, and Travel Club of Duke, and Playreader’s Club of Durham. For many years, she worked as a volunteer in the Gift Shop of Duke Hospital North and was an active member of First Presbyterian Church.
One of Catherine’s favorite pleasures was travel with her family, and throughout her life with her husband. During the first 1942-43 of her many memorable trips, she and her husband traveled and lived in parts of Central America, while he studied linguistics in Mexico and Guatemala. During a 50 year period, she lived in Spain on many different occasions. Catherine never forgot her roots, and after her husband’s death in March 1987, she traveled regularly to Puerto Rico to visit her family there.
In addition to warm, loving, and enduring memories, the family derives comfort and solace from the fact she lived a long, rich and active life in which she achieved a large measure of happiness and fulfillment.
A service to celebrate her life will be held 3:00 PM Tuesday in First Presbyterian Church. Private burial will be at Maplewood Cemetery.
Memorials may be made to First Presbyterian Church or the Animal Protection Society of Durham.
The family is most grateful to the Olson staff at the Forest at Duke for the respectful, nurturing care they provided for Catherine.

Offer Condolence for the family of Catherine P. Predmore 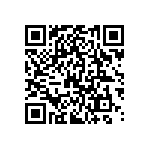