She had moved to New Bern in 1983 to be close to her daughter and grandchildren after the death of her husband, James C. Lockamy.

In addition to her husband, she was preceded in death by 3 brothers and 9 sisters. She is survived by her daughter, Phyllis Lockamy Merchant; her son-in-law, Ted Merchant; two grandchildren, Ted Hughes Merchant Jr. and Robin Merchant Chiles, all of New Bern and two great grandchildren, Trace and Saylor.

In lieu of flowers, memorials may be made to the United Hospice of Coastal Carolina 1310 Helen Avenue New Bern, NC 28560 or other charity of your choice.

Offer Condolence for the family of Catherine Gattis Lockamy 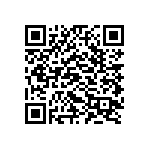