CAROLINE ROYALL MAYES BREEDLOVE
OXFORD- Caroline Royall Mayes Breedlove, age 84 a resident of Oxford, died Wednesday February 25, 2009. She was a native of Granville Co. and was the daughter of the late John Brent Mayes, Jr. and Mary Royall Hancock Mayes. Mrs. Breedlove was a member of the Oxford United Methodist Church and a former Sunday school teacher. She was a graduate of Oxford High School where she was class Valedictorian, attended Greensboro College, where she excelled in Equestrian events and was a member for fifty years of the Wednesday Literary Club.
Private Graveside services will be held Friday, February 27, 2009 at 2:00 P. M. in Elmwood Cemetery by the Rev. Pat Hawkins.
Surviving are three daughters, Lyna Carol Breedlove Wilson, Mary Nell Breedlove Hight and Julia Brent Breedlove Marrow all of Oxford; one sister, Mrs. Betty B. Williford of Oxford; five grandchildren. Mrs. Breedlove was preceded in death by her husband Joe Brown Breedlove and a son John Calvin Jack Breedlove.
The family will receive friends Thursday night from 7:00 until 8:30 at the home of Lyna Carol and Francis Wilson, 209 Belle St. Oxford. The family request the omission of flowers and that memorials be made to the Oxford United Methodist Church, P.O.Box 757 Oxford, NC 27565. Online memorials www.gnvfh.com select obituaries.

Offer Condolence for the family of Caroline Royall Mayes Breedlove 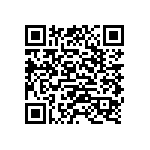