Caroline was a graduate of Durham High School and Croft Business School.  In Durham as a life-long member of the Watts Street Baptist Church, she contributed through teaching Sunday School, Circle Ministry, Church Receptions, and Youth Activities, and she was active in the Junior League, the Debutante Ball Society, and a member of Hope Valley Country Club.  At Topsail Beach she served on the Board of the Emma Anderson Memorial Chapel and participated in the Sea Turtle Rescue Patrol.

She was recognized by The Durham Herald/Sun as Mother of the Year in 1967, an award wholeheartedly applauded by her children.  A talented cook Caroline enjoyed entertaining family, friends (especially her bridge club), and J.B.’s business associates as well as traveling, gardening, walking and shelling on the beach.

A Graveside Service will be held at 11 AM on Thursday, February 16, 2017 at Maplewood Cemetery.

In lieu of flowers, memorials may be made to Watts Street Baptist Church, 800 Watts Street, Durham, NC 27701 or the charity of one’s choice.

Offer Condolence for the family of Caroline Murdaugh Brame 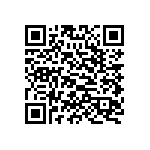