DURHAM- Carol Polishuk, 86, of Durham passed away on Saturday, April 1, 2017 at Treyburn Healthcare. Carol was born March 11, 1931 to the late Oscar Adler and Mildred (Lindy) Adler. Carol was the daughter of Oscar a professional violinist who played in Vaudeville, Big bands, the Jimmy Durante Show and the orchestra and Mildred, a thoroughly modern “Millie”, flapper, fur model and more. No wonder, Carol truly marched to the beat of her own drummer. A mother, a world traveler, a respiratory therapist in neonatal care as well as a nursing student becoming an RN at age 65. Carol loved putting a smile on people’s faces and continued that tradition working at Rite Aid on Guess Road and Broad Street, even during retirement. She was “world famous” in Durham for her red hair and her infectious conversation.

Carol was a world traveler, who had a gift for language (Spanish, English, Creole, French, and a little a bit of many other languages, making gourmet dinners (her children grew up on coq au vin and arroz con pollo), and listening to classical and world music. Carol had a zest for life, fine wine and much more.

Carol was a “fighter”, beating breast cancer, surviving an aortic valve replacement, the loss of a son who died of Aids and much more. She lost her battle with dementia and time, having a lived a full and rich life.

One of her biggest accomplishments she might tell you, if she could, was that her religious transition to Catholicism was one of the highlights of her life. Her religious connection to Jesus and the Catholic Church in her 60’s changed her world. She loved her priests, parishioners and her faith and did as much as she could to convey that feeling through volunteering at the church and reading from the new testament and attending church regularly.

Carol is survived by her loving children and caregivers, Melissa Feingold and Neal Caidin, and by Melissa’s husband David Feingold, daughter Adrienne Caidin, and step daughter Anna Polishuk. Her loving grandchildren are Michael Myers and wife Stephanie, David Myers, and Morah Caidin. She was also the loving mother of Matthew Caidin who was a victim of AIDS at age 34. She has left a very special friend, Susan Kauffman, who was friend, daughter, sister and caregiver to Carol.

A Mass of Christian Burial will be offered 11:00 am on Thursday, April 6, 2017 from Immaculate Conception Catholic Church. Fr. Bill McConville, OFM will preside. Burial will follow in St. Matthew Cemetery.

Offer Condolence for the family of Carol Polishuk 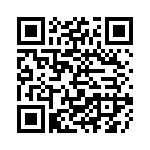