Carol Drake Morgan, 72, died peacefully on Christmas morning in her home in Durham. Her husband of 50 years was holding her hand. Through her three-decade career as a teacher, she leaves behind a legacy of nurturing intelligence, curiosity, and kindness. Her greatest legacy is the loving family she built and sustained.

Her survivors include her husband, Dean Morgan; her children Fiona, Margot, and Drake and their partners; her grandchild Anthony Drake Varela and step-grandchildren Nina and Piera Varela; and her brother Ira.

Carol was born in 1947 in Greensboro to Virginia Smith Drake and Ira Walker Drake. She attended Grimsley High School, where she met Dean; they both played clarinet in the band. She attended St. Mary’s Junior College in Raleigh before transferring to UNC-Chapel Hill, continuing to date Dean, who attended Duke. Upon graduation in 1969, she and Dean married.

Her teaching career began in Maryland during Dean’s brief career as an engineer, and she supported the family while he attended Duke Medical School. They moved in 1975 with a new baby to Dallas, Texas, for Dean’s residency. They moved again in 1979 with two daughters to Sherman, Texas, where Dean went into private practice, and Carol made a home, dedicating herself to her children and the community, and giving birth to her son in 1984.

She earned a Master’s degree in English from the University of North Texas in 1990. When the family moved to Dallas in 1991, she taught English at Highland Park High School and at the Greenhill School, which her children attended. When the family returned to North Carolina in 1997, Carol was among the inaugural faculty of Cary Academy, where she taught eighth grade English and led the middle school English department until retiring in 2007.

Carol will be remembered for her grace, her wisdom, her love of the English language, and her deep empathy. She touched many people’s lives, yet she was a private person. She and Dean made considerable sacrifices to ensure her children and her grandchild were educated in schools that challenged them intellectually while making them feel secure and valued.

She and Dean loved to dance, and when they danced the swing, they lit up the room. She delighted in awakening her adolescent students to Shakespeare, to works like To Kill a Mockingbird, and to their own abilities. She had a bottomless well of patience and compassion for everyone she met. She took the greatest pleasure in spending time with family at the beach and at her home, especially at Christmastime.

Carol’s family and friends take comfort in knowing that she is now in the loving arms of her grandmother, Luna Wingo Smith and that we will see her again. In lieu of flowers, the family invites donations to be made in her honor to a charity of your choice.

Visitation will be from 5:00 PM until 7:00 PM on Monday, Dec. 30, 2019, at Hall-Wynne Funeral Service & Crematory, 1113 W. Main St., Durham. She will be interred in a private ceremony at St. Philip’s Episcopal Church. A celebration of life will be announced in the coming days; email morganvarela@gmail.com to learn more.

The Morgan family is under the care of Hall-Wynne Funeral Service in Durham, NC. Please leave condolences at www.hallwynne.com. See obituaries.

Offer Condolence for the family of Carol Drake Morgan 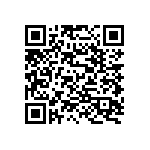