Carmine Agustus DeLuccia age 94 died August/28/2011 at his home in Pittsboro, NC.
Carmine-devoted husband and father was a World War II veteran, a roofer, and he operated heavy machinery. He will be missed.

Mr. DeLuccia is survived by his wife Angela DeLuccia, his daughters Linda Morrison and her husband Ronald, of Cary, and Carlene Romano and her husband Bill of Pittsboro, his brother Isadora DeLuccia of Mahopac NY, his grandchildren Rhonda O’Connell and Erin Griffin, and great grandchildren Bridget O’Connell Tyler Griffin and Sydney Griffin. Carmine is preceded in death by his parents Henry and Louise DeLuccia, and seven siblings.

There will be a service at Hall-Wynne Funeral Home in Pittsboro Thursday September/01/2011 at 11:00 am. Memorial contributions can be made to The American Heart Association.

Arrangements for Mr. DeLuccia are under the care of Hall-Wynne Funeral Service, Pittsboro.

For more information please visit our website at www.hallwynne.com

Offer Condolence for the family of Carmine Agustus DeLuccia 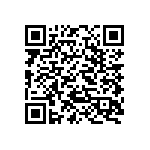