Carl Herbert Blokzyl Moritz passed away on April 12, 2010, at the age of 94 in his Durham, N.C., home. He was born Cornelus Huibert the son of Huibert Blokzyl and Henrika Metskas Blokzyl in Hillegersberg, Holland on April 10, 1916.
He lived in the Netherlands and Italy as a young child and arrived in the United States at Ellis Island at the age of 11 with his stepfather, Dr. Hans Moritz; his mother, Henrika Blokzyl Moritz; brother, John; and sister, Ann. The family had been commissioned by Queen Williamina of the Netherlands to establish a rayon industry and village in Enka, N.C. Carl grew up in Enka and attended boarding schools in Italy, Germany, and Switzerland and college at the University of North Carolina in Chapel Hill.

His career began in Ohio working in air conditioning and with the Pochahaus Fuel Company. He then worked in building materials in Florida to become a successful business executive with the Burnup and Sims Concrete Block Company, eventually becoming senior vice president of Burnup and Sims and the Barbados Office of International Companies and Secretary of the Porter Lumber Company in Florida.

A private cremation was held at Hall Wynne Crematory, Durham and a celebration of life with family and friends will be held in Sebastian, Fla., at a later date. In lieu of flowers, memorial gifts may be made to Duke Hospice at 4321 Medical Park Drive, Suite 101, Durham, N.C. 27704. — Hall-Wynne Funeral Service, Durham, N.C.

Offer Condolence for the family of Carl Herbert Moritz 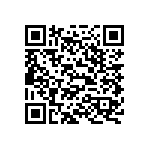