Camille Dudley Owen, 86, died June 10, 2015 at Hillcrest Convalescent Center in Durham. On July 19, 1928, Camille was born in Durham to the late Arnie I. and Sallie Dudley Owen. After graduating from Durham High School in 1947, Camille continued taking classes in creative writing. She was employed by Durham Merchants Association and its successor, Credit Bureau Systems, for 38 years.

Camille enjoyed traveling to Hawaii, England and the Bahamas. She was delighted to visit Wales, where the Owen family originated, and also visited the Castle of Gay Lord Dudley.

served at Christmas. After retirement she became a dedicated bird watcher along with her beloved brother. They kept three blue bird houses and Camille made her own suet cakes and provided seed for the wild birds.

Camille is survived by several cousins and was especially close to Ralph Owen and his wife Sheila of Turnersville, NJ, Ernelle Dudley Orr of Sweeny, TX, and Hollis Owen, wife of the late Teddy Owen, of Halifax, VA. Camille was unfailingly thoughtful and kind to everyone she met, and maintained long-lasting ties with many wonderful friends, co-workers, and neighbors over the years. She was preceded in death by her brother, Lewis Hagood Owen and her sister, Vernelle Rebecca Owen.

Arrangements for the Owen family are under the care of Hall-Wynne Funeral Service. Online condolences www.hallwynne.com

Offer Condolence for the family of Camille Dudley Owen 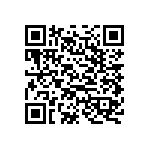