Burt enlisted in the Army on July 7, 1941 and served during WWII.
While stationed in Hawaii he met and married there the love of his life Norma Elizabeth Thomas. Upon discharge he completed his education at Clemson College. He worked in Durham as a Chemist at Liggett Myers Tobacco Company for many years before retiring to Hillsborough. Burt and Elizabeth had one son, Burton Henry Gerritsen, Jr. who also blessed them with a grandson, Joseph Burton Gerritsen. He was very involved with the Hillsborough Presbyterian Church where he served as Moderator of the Building and Grounds Commission in the years before his health failed. He was preceded in death by his wife Elizabeth in 1984, his son Burton Henry Gerritsen, Jr.in 2005 and his grandson Joseph Burton Gerritsen in 2008.

Burt is survived by his devoted church family at Hillsborough Presbyterian Church.

Burial will be held at Silver Brook Cemetery in Anderson, SC.

Flowers are acceptable or memorial contributions in Burton’s name may be made to Hillsborough Presbyterian Church, P.O. Box 717, Hillsborough, NC 27278.

Offer Condolence for the family of Burton H. Gerritsen, Sr. 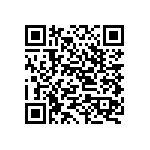