Oxford:
Wilbur Lee Owen, 73, of Oxford, passed away at Duke Medical Center on December 28, 2015. He was preceded in death by his parents, John Early “Jack” Owen and Lelia Riggan Owen, his brothers Richard, Bernard, Erby Gene, and sisters Sarah Puckett, Susie Blalock, Ethel Lumpkin, and Jerlean Woody. He is survived by his sons Kenneth “Ken” Wilbur Owen (wife, Valerie) of Mt. Olive and William Thomas “Tommy” Owen (wife, Renee) of Powder Springs, Georgia, sister Elsie Mae Wilson of Oxford and brother, Robert Owen of Spencerport, New York. He is also survived by six grandchildren and two great grandchildren.
Wilbur graduated as valedictorian from Berea High School in 1959 and completed one year at Campbell College. His first job after college was at Harriet – Henderson Cotton Mill where he served as a doffer. Wilbur then worked for many years in the automotive industry, including Tom’s Auto and Oakes Motor company of Oxford, Capital Bumper of Richmond, and Capital Ford of Raleigh. After his retirement, he worked at the golf pro shop at Thorndale Country Club and in the garden center at Wal-Mart. Wilbur was an avid gardener who loved his flowers.
He joined the Oxford Civitan Club in April of 1976 and was presented the President Award in recognition of outstanding service for 1978-1979. Wilbur also received the Civitan of the Year Award. He served on the Oxford Rescue Squad from the late 1960’s through the late 1970’s. Wilbur was a Notary Public from 1987-1992.
Wilbur’s passions included cheering on the Duke Blue Devils basketball team and the Atlanta Braves. He never missed a game. He loved spending time with his family and often went out of his way to help others.
A memorial service to celebrate the life of Wilbur Lee Owen will be held Sunday, January 3 2016, at 3:00 PM at Gentry-Newell & Vaughan Funeral Home Chapel with the Reverend Dr. Robert Rhoden officiating. The family will receive friends following the memorial service and at all other times at 218 Military Street, Oxford.
In lieu of flowers, the family requests that donations be made to The V Foundation for Cancer Research, 106 Towerview Court, Cary, NC 27513, (919) 380-9505, or www.jimmyv.org.

Offer Condolence for the family of Wilbur Lee Owen 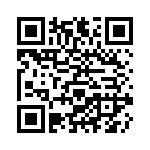