At the age of 19, Bruce began his career as a barber and later hairdresser during a time when all of his friends and clients were wearing their hair long. He was an entrepreneur. He owned and managed several salons and barbershops between Pennsylvania and North Carolina over the last 47 years. Most recently, he was the owner of Headlines Barber Shop on Main Street in Durham. However, “cutting and bending hair” for a living was only one of his many interests. He was an excellent, and creative cook, often exploring unique avenues of food preparation. His passion for creative hobbies also included woodworking, where he crafted several pieces for family members, sure to become heirlooms for future generations.

Most importantly to him, was the time he spent building memories with his family. “This isn’t a dress rehearsal, this is the real thing, so make it count” was a piece of advice that Bruce often gave and consistently adhered to. He is survived by his wife of 19 years, Jill Hutchinson, who was his greatest joy and traveling companion; daughter, Sarah Hutchinson Brown and husband, Clay, of Greenville, SC; son, Jason Hutchinson of Saegertown, PA; five grandchildren, Will, Tucker, Chayton Hutchinson, Adelaide and “Hutch” Brown; mother Beatrice Hutchinson; sister Diane Puleo; and brother, Robert Hutchinson and wife, Phyllis, all of Oil City, PA.

Bruce was much loved and will be greatly missed by all who knew him. Funeral Services will be held 11:00 AM Saturday, March 17, 2012 from the Chapel of Hall- Wynne Funeral Service with Pastor Charlie McNeill officiating.

Offer Condolence for the family of Bruce James Hutchinson 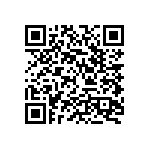