Brodie was an Army and a National Guard veteran. While in service, he acquired skills which he used in his thirty year career as a machinist with the American Tobacco Company. Brodie was a productive person who provided for his family. Having been raised on a farm, he enjoyed gardening. Often, he shared the fruits of his labor with his neighbors. He had a passion for cars and motorcycles which earned him the nickname “Hot Rod”.

In lieu of flowers, memorial contributions in Brodie’s name may be made to the Durham VA Medical Center, 508 Fulton Street, Durham, NC 27705.

Offer Condolence for the family of Brodie Langdon 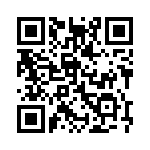