Ms. Stewart was born in Tachikawa, Japan and was the only child of Kazuko Williams (nee Akatsuko) and the late Johnnie Williams.  She was raised in Hampton, Virginia and graduated from Kecoughtan High School in 1982.  She was a 1986 graduate of the College of William and Mary, Williamsburg, Virginia.  After graduating, she worked at the Virginia Employment Commission, the Georgia Department of Labor, and the United States Department of State.  In 2017, Ms. Stewart retired from the United States Citizenship and Immigration Services at the Department of Homeland Security.

Friends are invited to join the family for a memorial service at 11:00 am on Saturday, April 14, 2018 at Hall-Wynne Funeral Chapel, 1113 W. Main Street, Durham, North Carolina 27713.  The family welcomes flowers for the service or donations in her honor to the Duke Cancer Institute.

Offer Condolence for the family of Brenda Williams Stewart 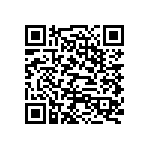