Brenda Annette Currin, 75, went to be with the Lord on Tuesday, August 30, 2016. She was the widow of the late D.T. Currin, Jr. and daughter of the late Dorman Ansel Swain and Doris Effie King Swain of Danville, KY.
Brenda was born in Sterns, KY but was raised in Danville, KY and eventually relocated to Oxford, NC where she made a home with Daniel Thomas “DT” Currin, Jr. She was proud to be associated, for many years, with Adcock Realty where she worked as an administrative assistant as well as a real estate broker. Brenda was also an active member of Oxford Baptist Church where she regularly played the piano for countless services over the years. The music that Brenda and her dear friend shared was an inspiration to all that were blessed to witness. Brenda will be greatly missed by all who loved her.
Surviving are her daughter, Robyn R. Jaber of Oxford, NC; and son, Keaton Rankin (Barbara) of Oxford, NC; granddaughters, Kelsey Shea Jaber of Oxford, NC; and Macy R. Blackwell (Ryan) of Fuquay-Varina, NC; brother, Michael G. Swain (Sharion) of Danville, KY; special niece, Laurie Kirk (Joey) of Danville, KY; nephews, Michael H. Hill (Susan) of Oxford, NC, Scott S. Hill (Susan) of Danville, KY, and Christopher Hill (Debbie) of Danville, KY; Michael Swain (Lee Saufley Swain) of Danville, KY; and many other loving family and friends.
Brenda is predeceased by her husband, Daniel Thomas Currin, Jr.; parents, Dorman A. and Doris E. King Swain; and sister, Marisue Lynn Swain Hill.
Funeral services will be conducted at 11:00 am on Friday, September 2, 2016 at Oxford Baptist Church by Dr. Steve Bolton and Reverend Christopher Aho. The family will receive friends from 10:00 – 11:00 am prior to the service at the church. Burial will follow at Elmwood Cemetery of Oxford.
Flowers are acceptable or memorial contributions may be made in Brenda’s name to, The Music Ministry at Oxford Baptist Church, 147 Main St., Oxford, NC 27565.
Gentry – Newell & Vaughan Funeral Home is assisting the Currin family.

Offer Condolence for the family of Brenda Annette Currin 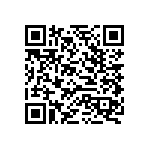