Bradlee James Friesen died peacefully on May 17, 2007, in the presence of his beloved wife, Tiffany E. Friesen. He was the proud father of Emma Grace 8, Claire Madeline 5, and Anne Elisabeth 2. He was a devoted husband and father, who found great joy in being with his family. Brad was 39 and had battled a brain tumor for five years.

Brad was born in 1968 in Buhler, Kansas. He was baptized in 1982 into the Mennonite Brethren Church. Brad graduated from Buhler High School, as did Tiffany. He earned degrees in industrial engineering from Kansas State University and Purdue University before marrying in 1992 and moving to Durham, NC, where he worked at IBM and was a member of the Church of the Good Shepherd.

These facts do not begin to convey the life of this man. He began following Christ at an early age. His faith grew and deepened as a young adult, and influenced his efforts to pursue excellence in his approach to his education, his work, and later, his marriage and family. Because of his winsome personality, huge smile, generous and humble spirit, personal integrity, unparalleled wit, and compassionate heart of service, Brad was loved and deeply respected by all who knew him. His conversations were animated by his encyclopedic knowledge of history, his passion for sports, his interest in politics, and above all his sense of humor. During the years before his illness, he taught Sunday school, pouring love, care, laughter, and faith into the lives of many children beyond his own. The formation of his faith and character were greatly influenced by his grandparents, Arnie and Martha Balzer and Arnold and Katherine Friesen.

The family wishes to thank all of those from their church and community, as well as the Brain Tumor Center at Duke University, for their care and support during Brad

Offer Condolence for the family of Brad Friesen 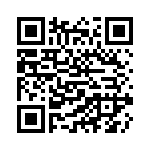