Bodie Felton Sandling, Sr., 86, of Chapel Hill, died Saturday May 27, 2006 in Savannah, GA after an illness. Born Mar 1, 1920 in Durham County, Mr. Sandling lived in the area until he moved to Georgia in January 2006 to be close to his only son. Graduating from Bethesda High School with the class of 1937, he went in the Navy where he proudly served his country during World War II. He served in both the Atlantic and Pacific. Mr. Sandling retired from the Navy as a Chief Petty Officer. Additionally, he retired from the Seeman Printing Company in Durham as well as the NC Department of Transportation.

He was preceded in death by his parents Charlie Zebulon Sandling and Mezie Coley Sandling both of Durham. Surviving him is his only son and daughter in law, Felton and Sandra Sandling of Savannah; a sister, Dora Sandling Abernathy, of Durham; five grandchildren, Andrea McElwaney and her husband Shane of Orlando, FL, Amanda Sandling of Atlanta, Davis Sandling, of Atlanta, Alan Raymond of Norman, OK and Alyson Raymond of Savannah; and two great-grandchildren Eli McElwaney and Samantha Parker, as well as many nieces and nephews.

Offer Condolence for the family of Bodie Felton Sandling, Sr. 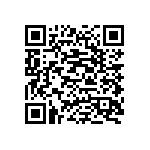