A Requiem will be celebrated 11 AM Monday November 2, 2009, at St. Benedict’s Anglican Catholic Church, Chapel Hill with the Rev. Robert Hart presiding. Burial will be in Beaufort, N.C.

Friends will be received from 3 to 5 PM Sunday at Hall-Wynne Funeral Service..

Memorial contributions may be made to the St. Benedict’s Anglican Catholic Church, 870 Weaver Dairy Road, Chapel Hill, NC, 27514 or to the charity of one’s choice.

Offer Condolence for the family of Bobby Springle 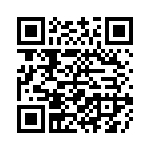