Bobby Knox Holt began his earthly journey at Watts Hospital in Durham, NC on December 19, 1941. He was the son of James Chesley Holt and Jessie Belle Seymour Holt of Chatham County. After a joyous life of many great blessings, he completed this journey at UNC Hospital on January 8, 2013. Bobby shared a journey of 53 years of marriage with Donna Lutterloh Holt. Their family includes a daughter, Lou Holt Byrd and husband, Ricky, and their children: Morgan Jackson Art, Lance Barber Daina, Logan Barber, Hannah Byrd, Liz Barber and Landis Barber, a son, Van Holt and wife Lisa. Van and Lisa’s children include Brooks Holt, Ciara Holt, and Jillian Holt. He has one great granddaughter, Kylie Barber, and a great grandson, whose birth is soon anticipated, Knox Barber. Bobby’s siblings are W. Seymour Holt Rheta, Marian Howard “Pete” Holt Frances, Sylvia Butler Billy and Hilda Gardner. Mary Lou Holt is his sister-in-law. He was “favorite son-in-law” of Mrs. Virgilia “Jill” Lutterloh and the late Mr. C. W. “Jack” Lutterloh. Among those family whom he now joins are his parents; a brother, James Chesley Holt, Jr., his granddaughter, Savannah Holt; and his brother-in-law, Earl Gardner. There are many nieces, nephews, cousins and friends that were treasured by Bobby and his family.

His life was filled with the joy found in gatherings of family and friends, church, bird hunting, fishing, golfing, making ice cream, going to the beach and hanging out at the Gum Springs Garage. A tobacco farmer early in his young adult life, he found reward and excellent service in auto sales in a variety of locations.

Offer Condolence for the family of Bobby Knox Holt 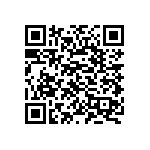