Bobby was born September 4, 1942 in Chatham County, one of three sons to Jesse P. “Jack” Parker and Lillie Atwater Parker. Bobby’s family and friends mourn the loss of the ultimate brother, husband, father, grandfather and friend.

He served his parents on the farm, he served his country in Korea and he served his family heavy portions of unconditional love. He lived life to the fullest, whether he was fishing, walking the woods with his dogs, a gun, and his brother; or cheering his children on in sports.

Bobby was a kind and gentle man with the biggest, warmest heart. He loved as much as he was loved; gave more than he was given. Bobby loved to learn, teach and tell stories, no matter how many times you’ve heard them before. He retired from Hamner Institute, formerly C I I T, where he was a machinist lab technician and fabricator.

Always a kid at heart, he was full of misadventures. Known to some as “Captain Dangerous”, if you went fishing or hunting with him you would certainly come home with a story to tell. He was a model of a man and a father figure to more than his own children. Bobby’s family and friends were blessed with an additional 17 years of life with him due to the gift of a liver transplant. Anyone who knew and loved Bobby was blessed in so many ways for he would go to the ends of the earth and back for you, but don’t dare make a fuss over him.

Surviving Bobby are his wife, Carolyn Swaim Parker; son, Owen Parker of Fort Mill, SC; daughters, Claire Wilson and Susie Clark, both of Pittsboro; his brother, Donald Parker of Pittsboro; and grandchildren Whitney Clark, Bradley Clark, and Courtney Wilson. He was preceded in death by his parents, his brother Marshall Parker, and a grandson, Christopher Holder.

Bobby’s life will be honored and celebrated with a service at 1:30 pm, Thursday, September 4, 2008 from Bynum United Methodist Church. The Rev. Dr. William H. Gattis and Rev. Jeff Babajtis will preside. Interment will follow in Mt. Pleasant United Methodist Church Cemetery. Friends may visit with the family from 6:00 – 8:00 pm Wednesday at Griffin Funeral Service in Pittsboro, and at other times at the residence of Claire Wilson on Parker-Herndon Rd., in Pittsboro.

Offer Condolence for the family of Bobby James Parker 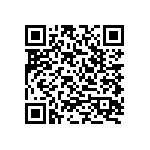