Durham- Bobby Hunter Ross Sr., tobacconist, Realtor, husband, father and grandfather, died on February 15 in Durham, NC, a few weeks before his 90th birthday.  He is survived by his wife of 65 years, Harriett King Ross; his son Ron and granddaughters Katie and Courtney; his daughter-in-law Susan, her husband Tom Hadzor, grandchildren Andy (Katherine) and Sarah, and stepgrandchildren Sarah Worley, Rebecca Wildsmith, Bobby Hadzor, and Tommy Hadzor; his brother Beverly Alan Ross (Alethia) of Charlotte; a niece and five nephews. He was predeceased by two of his children, Bobby Jr. in 1994 and Linda Ross-Thaxton in 2007, and by his brother Don.

Born on March 21, 1927, in Greensboro to Flora Sorrell Ross and Patrick Ross, Bobby always considered Durham home. On his 18th birthday, he left his studies at Durham High School to enlist in the U.S. Coast Guard, and served proudly during the last years of World War II. When discharged, he and the ship dog “Babe” hitchhiked back to his family farm near Highway 70 in Durham County, and he resumed his high school education.  A strong athlete, Bobby was quarterback of the Durham High football team and represented North Carolina in the Shrine Bowl at season’s end – an honor in which he took great pride.  He attended UNC-Chapel Hill for two years before taking a job in the tobacco business. He was a buyer for Liggett and Myers, traveling the brightleaf and burley markets for more than 30 years while Harriett managed the home front and raised their three children. In later years he traveled internationally for several other tobacco companies, eventually retiring and embarking on a second career as a Realtor with Howard, Perry and Walston, where he enjoyed getting to know his colleagues and his real estate customers. Bobby collected friends from every chapter of his life, and all were important to him.

Bobby liked people and enjoyed conversing with almost anyone, though his strong will and equally strong opinions would likely not be moved by theirs. There was nothing ambiguous about his character.  He taught his children and grandchildren manners and respect, love of land and country, and commitment to marriage and family. He was fiercely loyal to Harriett and the two weathered the sadness of their son’s and daughter’s deaths by becoming even more committed to one another.  His family meant everything to him, and he treasured the visits and regular phone calls from his grandchildren, of whom he was extraordinarily proud.

Until the last few weeks, he enjoyed good health and lived happily in the Duke Park home he and Harriett had shared for more than 50 years. He was a member of Trinity Avenue Presbyterian Church, where a private funeral service was held yesterday.

Offer Condolence for the family of Bobby Hunter Ross Sr. 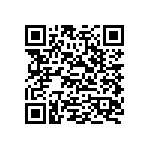