Robert L. “Bob” Mutter, age 79, peacefully passed into the loving arms of his Savior Jesus Christ on Thanksgiving Day, Nov. 22, 2012 at his home in Durham. The son of Frank L. and Essie B. Mutter, he was born an identical twin on Christmas Eve, 1932, in Durham.

Bob married his childhood sweetheart, Shirley, in 1955 after graduating from Duke University. He enlisted in the Naval Reserve inactive duty and worked in sales for Carnation Company. He later joined Central Carolina Bank, where he eventually became a vice president and cherished trouble-shooter—an ever-approachable sage of banking matters. He was part of the team which first implemented computerized data processing at this bank. With his knowledge grew a people wisdom which gave him a respected reputation of kindness, gentleness, and good-heartedness in his 42 years in the CCB banking community.

Bob was an active contributor in the Optimist Club for many years, with many service projects bike rodeos, Christmas tree sales, and picnics which supported programs for the youth. For over 50 years he was a generous lover of God through ministries at First Baptist Church of Durham. He served as a deacon, a key member of the Finance Committee, and a friend of many hosted Montagnard families who were welcomed into the US through First Baptist Church.

By many, Bob was known as “one of the sweetest men I’ve ever known.” He was quick with a joke, an unassuming, genuine smile or a tease. Also quick to listen and slow to anger, he won many with his warmth…even in his last days with dementia. By example, Bob taught his family the value of love, joy, peace, patience, kindness, goodness, faithfulness, gentleness, and self-control. Christ was shining through his heart.

He is survived by his wife of 57 years: Shirley C. Mutter of Durham; sons Bob Jr. of Durham and wife Donna, Steve of Sterling, VA and wife Barbara, and David of Greensboro, NC; his four grandchildren; and his niece Anita Tuck and sister-in-law Juanita Mutter of Chester, VA. Bob is predeceased by his twin brother William M. Mutter, step-brother Frank L. Mutter Jr. and his grand-daughter Lily Ann Mutter.

The family wishes to express particular appreciation to the caregivers employed, the staff and caregivers of Comfort Keepers and the Duke Home Care & Hospice organization. Bob gave to the charities which mattered most to those closest to him. In lieu of flowers, please give in like fashion, in his memory.

Arrangements for the Mutter family are under the care of Hall-Wynne Funeral Services. Online condolences: www.hallwynne.com, select obituaries.

Offer Condolence for the family of Bob Mutter, Sr. 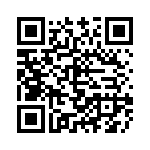