Blythe Faye Ricker, 64, died Sunday, June 8, 2014 at Carolina House of Cary. Born July 12, 1949 to the late Lawrence Ricker and Virginia Faye Peterson Ricker in Gainesville, Florida, Blythe was a beloved and devoted wife, mother and grandmother. After 20 years of service to SunTrust Bank in computer programming, Blythe committed herself to caring for others and pursuing various creative endeavors. Her door and heart were always open to those in need and her dinner table, featuring her husband’s great cooking, was a place of loving debate, support, joy and always laughter. She never failed to set a place for anyone who needed a meal or a supportive ear.

Surviving are: her husband, of 30 years, Eric L. Pearson of Durham; a daughter, Shannon V. Alexander and husband, David Hinkleman of Lilburn, Georgia; a grandchild, Adrian Chase Alexander of Lilburn, Georgia; a brother, William Ricker and wife, Mayumi Honda of California; a sister, Lauren Connor and husband, Timothy Connor of St. Petersburg, Florida. She is also survived by many “adoptive” family members who found a home at Blythe’s hearth no matter where they began or where they were headed.

Services will be held at 2:00 p.m. on Saturday, June 14, 2014 at the Chapel at Holy Trinity Parish Episcopal Church located at 515 E Ponce de Leon Ave. Decatur, GA 30030. Arrangements are entrusted to Hall-Wynne Funeral Service, Durham, NC. Online condolences at www.hallwynne.com. In lieu of flowers the family requests that donations be made in her honor to the Alzheimer’s Association at www.alz.org. http://tiny.cc/w146gx for the tribute/memorial donation page.

Offer Condolence for the family of Blythe Faye Ricker 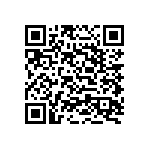