Billy Linwood Ross, Sr., died peacefully Wednesday morning, October 1, 2008, in his Durham home. Mr. Ross was the son of the late Ernest L. and Melissa Boothe Ross. Born in Charlotte, NC in 1916, he recently celebrated his 92nd birthday on September 27th. Mr. Ross was a faithful member of Berea Baptist Church, where he sang in the choir and served as Deacon.

He graduated from Lowes Grove High School and attended N.C. State College. He retired from the University of North Carolina, where he worked with the Physical Plant. He taught Drafting Classes at Durham Tech during the early 60’s.

Work was his hobby, especially around the home. He designed and built the home that he lived in for more than 69 years.

He loved spending time with his grandchildren and great-grandchildren. He treasured the memories of the many times he got to spend with them.

He was always faithful in his dealings with his fellow man.

The family wishes to thank the many relatives and friends who brought food and visited during his sickness. Special thanks to his caregivers, Reathella “Rita” Richardson and Johnny Wynne. Also, thanks to Bobbi Adams, Joanne Barker, Callie Council, Frances Pickett and his Berea Church family.

Offer Condolence for the family of Billy Linwood Ross, Sr. 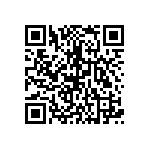