Billie served his country for 21 years and was honorably discharged in 1978.  He served in the United States Army during the Vietnam War where he received a Bronze Star for heroism in ground combat against hostile forces in the Republic of Vietnam on July 22, 1970.  He also worked with Brown and Root Constructions for about 10 years before retiring.

Billie was a cowboy, a hero, and beloved father and grandfather.

Offer Condolence for the family of Billie Harold Mendenhall 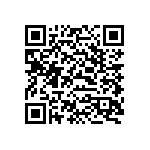