The big-hearted, generous Bill Shipp left this world on March 22, 2013. Born to Eula Beasley Shipp and Needham Robert Shipp on a tobacco farm in the Nelson community of Durham County on 5/3/1923, he graduated in 1940 from Lowe’s Grove High School. He worked for the American Tobacco Company before serving in the Army Air Force during World War II.

After discharge from the Army on February 9, 1946, he married Helen Fuller Shipp of Durham on December 14, 1946. He worked for the Durham County Health Department before graduating from Duke University with a degree in civil engineering in 1953.

Bill and Helen lived for a few years in Baltimore, Maryland and in Dayton, Ohio while Bill worked for Glenn L. Martin, but he brought his very home-sick bride back to Durham in 1957 when he joined the research engineering unit of Liggett & Myers Tobacco Company. He stayed at Liggett for the rest of his career 29 years, serving as director of engineering before retiring in 1986.
He was a member of Cedar Fork Baptist Church and Carr Methodist Church. He was a Mason and member of the Lion’s Club. He never met a stranger and was distinguished by his friendliness and kindness to all he met. A lifelong Duke fan, his inclusive spirit was exhibited when he was witnessed singing “Hark the Sound of Tarheel Voices” during his daughter’s graduation ceremony. He spent the past 7 years at Galloway Ridge Retirement Community in Pittsboro.

Bill is survived by his daughter, Kathy Shipp and husband, Carl Pieper, of Durham, NC; his son, Greg Shipp and wife, Alison, of Scottsdale, AZ; his granddaughter, Elena Shipp and step-granddaughter, Ellen Pieper of Bellevue, Washington. He was preceded in death by his loving wife, Helen.
Bill’s funeral will be held 2:00 p.m. Monday, March 25, at Lowe’s Grove Baptist Church with Reverend Forest M. Gale, Jr. presiding. Burial with military honors will follow in Maplewood Cemetery.

Friends may visit Sunday afternoon from 2:00-4:00 p.m. at Hall-Wynne Funeral Service in Durham.

In lieu of flowers, contributions in Bill’s memory may be made to the Durham Rescue Mission, P.O. Box 11858, Durham, NC 27703.On-line memorials: www.hallwynne.com.

Offer Condolence for the family of Bill Shipp 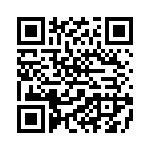