A graduate of Braggtown High School. Beverly attended Brevard College. She worked at Wachovia Bank for many years. Beverly was a longtime and devoted member of St. Paul United Methodist Church in Durham. She was a loving and dedicated wife, mother and grandmother. She enjoyed gardening and her dogs.
Beverly was an avid and dedicated Duke fan.

Private burial at Maplewood Cemetery, Durham. In lieu of flowers, donations may be made to the Duke Memory Disorder Clinic, 220 West Main St. Suite A200 Durham, NC 27705. The family is being assisted by Hall-Wynne Funeral Service, Durham. Online condolences at www.hallwynne.com

Offer Condolence for the family of Beverly Belvin Roycroft 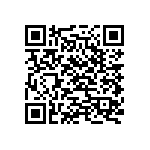