Beverly Ann Carpenter, 79, died peacefully at her Durham, North Carolina home on Thursday, 26 March 2015. Beverly was born in Detroit, Michigan on 22 April 1935, the third and youngest child of Edwin Old and Nina Zenobia Jess Noye-­‐Old, both parents being natives of Cornwall, England. She was baptized on 10 May 1936 at Christ Methodist Episcopal Church in Detroit. Her father Edwin’s health problems dictated that her family move to a warmer climate so in October 1943 she moved to the San Fernando Valley in Los Angeles County, California: to Glendale for a brief period then settled in Roscoe. The family moved coastward in fall 1946 to Laguna Beach, where Beverly being a strong swimmer thrived at the beach. She was a member of the 1953 Laguna Beach High School graduating class and continued her studies at Fullerton Junior College where in 1955 she received an A.A. in Accounting & Secretarial.

It was at a neighborhood Easter breakfast in 1956 where Miss Old met the love of her life, Earl Clinton Carpenter, a US Navy sonar specialist whose parents lived in the same community. Earl and Beverly wed at Saint James Episcopal Church in Laguna on 9 March 1957. They lived in Orange County for 14 years, including residences in South Laguna, Dana Point, and San Clemente before returning to Laguna Beach. Beverly with family returned in fall 1971 to Los Angeles County, thus beginning a 33-­‐year residence in Torrance. Coincidentally, Beverly renewed her wedding vow with Earl on their 33rd wedding anniversary during their eldest son Dean’s wedding. In retirement they wanted to be closer to their children and grandchildren so she made her final move with Earl in spring 2004 to Durham. They recently celebrated their 58th wedding anniversary.

During her schooling Beverly worked as a part-­‐time bookkeeper for her father’s ornamental iron business in Laguna Beach. Upon graduation she became an order clerk at Southern Counties Gas Company in Laguna, which became part of Southern California Gas Company. Prior to the birth of her first child, Beverly took a hiatus from the workplace until 1978, when she rejoined the workforce at Pat’s Temporary Services as an accountant. Beverly in 1985 became office manager of American Airlines Flight Engineers Association, and retired there at the end of 2000.

Beverly was a lover of life. That love extended to being an outdoor recreationist (favorite activities included running along the beach and hiking in coastal redwoods), caregiver to pets and indoor plants, sports spectator (avid fan of the Los Angeles Dodgers and later the Durham Bulls), and collector of art depicting children. While it was of little surprise to those closest to her, she was awed both at how throughout her life complete strangers found her so very approachable and at the kindness that she received from extended family, friends, and medical staff during her final stage of life.

A family graveside service will be conducted at Chapel Hill Memorial Cemetery on 31 March at 3:00 PM for family and close friends.

In lieu of flowers, memorial contributions in Beverly’s name may be made to the Leukemia and Lymphoma Program at UNC Lineberger Comprehensive Cancer Center, CB #7295 UNC-­‐ CH, Chapel Hill, NC 27599-­‐7295. Arrangements are entrusted to Hall-Wynne Funeral Service, Durham, NC. Online condolences at www.hallwynne.com

Offer Condolence for the family of Beverly Ann Carpenter 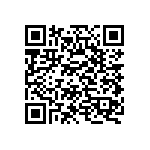