Betty Pickell Cleaver, of Durham, NC, died at Croasdaile Village Pavilion on Monday, August 8, 2011. She was born in Haddonfield, New Jersey on December 28, 1922, the daughter of Ada and Norman Pickell. After graduating as valedictorian from Haddonfield High School, she received a Bachelor of Arts from Hood College. Betty married the late Dr. H. D. Cleaver, Jr and lived in Philadelphia, PA, Erie, PA and Boston, MA before settling in Durham. She later earned a Masters in Library Science from the University of North Carolina at Chapel Hill and a D.Ed. from Duke University.
Betty was a loving sister, wife, mother, mother-in-law and grandmother to her family and was a willing companion for any adventure, near or far. While her children were young, she was President of the UMW at Trinity Methodist Church, a board member of the Junior League of Durham, a Cub Scout den mother and a Girl Scout leader. She was also an active member of the Durham-Orange County Medical Auxilliary.
After receiving her MLS, Betty was the Director of the Instructional Media Center in the UNC School of Education. In 1978, Betty was recruited to open the first Instructional Media Center for The Ohio State University College of Education and later received the Edgar Dale Distinguished Service Award for contributions to the field of library science. She taught several courses at OSU, among them the role of a media specialist and methods of teaching children’s literature. She published numerous professional articles, was active in the ALA, AECT, OELMA, NEA and other library professional organizations, and was tenured at the time of her retirement. Betty made many friends while in Columbus and developed a love of antiquing. She particularly enjoyed attending the opera, symphony and the art museums with friends, as well as cheering on the Buckeyes during football season. In 1992, she received the Distinguished Alulmna Award from Hood College. Betty remained at OSU until retirement in 1993 brought her back to Durham.
After settling back in Durham, Betty was an active member of Epworth Methodist Church. She enjoyed reconnecting with friends from her earlier time in Durham and developed a busy life of volunteering at church, playing bridge with friends and attending Playmakers theater performances.
Betty’s parents and her sister, Margaret Peggy Smith, predecease her. Left to cherish her memory are her children: Holstein DeHaven Cleaver III of Pittsburgh, PA, Boyd Hyde Cleaver Charyl of Greensboro, NC, Janet Cleaver Patterson Carl of Raleigh, NC, William Pickell Cleaver Julia of Pittsboro, NC, John Mark Cleaver Lisa of Palatine, IL and Julia Anne Cleaver of Las Vegas, NV. Betty also leaves her much-loved grandchildren: Susannah, Brendan, Matt, Mike Laura, Charles, Chip, Catherine, Stuart and Annie and a great-granddaughter, Gabby. Betty’s brother, Dr. Charles Norman Pickell Sally of Falls Church, VA, also survives her as do several nieces, nephews, grand-nephews and grand-nieces.
The family is very grateful to the Croasdaile Village staff for their loving and attentive care for Betty over the past three years.
A memorial service will be held on Saturday, August 13, 2011 at 11:00 a.m. at Epworth United Methodist Church, 3002 Hope Valley Road, Durham, NC and the family will receive friends at the church immediately after the service. In lieu of flowers, the family suggests memorial contributions to Epworth United Methodist Church or to a charity of one’s choice.

The Cleaver Family is under the care of Hall-Wynne Funeral Service, Durham.

Offer Condolence for the family of Betty Pickell Cleaver 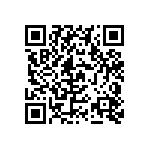