Betty (Lee) Hamblet, of the Woodcroft community, died Friday, 19 August 2016 at Sunrise of Raleigh. She was born on 10 October 1934 in Brooklyn, New York, the only child of Norwegian immigrants Jens Birger Lie (Sandefjord) and Solveig Marie Dahl (Trondheim).

She grew up and went to school in Tottenville, Staten Island, New York, where she was editor of the Purple Parrot, the Tottenville High School yearbook. She met her husband, Korean Conflict first lieutenant Frederick Edwards Hamblet, when she worked as a librarian. They married on 31 July 1954 and had three sons: Mark Edwards Hamblet of Chapel Hill (1955), son-in-law Mark Ira Schultz; David Blackburn Hamblet of Carrboro (1964); and Christopher Lee Hamblet of Wake Forest (1967), married to Christine Schlipf and father of Calvin Benjamin Hamblet and Nicholas Brandon Hamblet. During their 49-year marriage as a US Public Health/Environmental Protection Agency couple, Betty and Fred lived one or more times in Chapel Hill and Durham; Mobile, Alabama; Long Island, New York; and Cincinnati, Ohio. They had a passion for renovation long before it was on TV. Fred passed away on 28 March 2003.

Betty was a quiet, gentle person who brought light and humor to those around her. Each home she made was filled with her gifts for taste, color and texture: her meals, her quilts, and her gardens. Mom loved Fred, her sons, Christmas (as Norwegian as possible), and antiques. She attended Hunter and Wagner colleges in New York, and took courses in Shakespeare and other British literature wherever she lived, in her neverending pursuit of her B.A. in English. Her love of gardening led her to become a Master Gardener with the NC Cooperative Extension and work as a volunteer for their public hotline.

There was almost always one resident cat in Betty’s home; her last two cats spanned almost thirty years. All her cats were tasteful experts in décor, gardening and the qualities of soft things and sunlight. Betty cherished all her cats, and they her, and we expect she got quite a greeting at the Rainbow Bridge.

The family gives special thanks to Isabel, Betty and Fred’s long-time helper, and her family. The staff at Sunrise were of comfort during her last days.

Betty and Fred were long-time members of St. Philip’s Episcopal Church. Services will be held at 2:00 p.m. Monday, 29 August, in the Parish Hall, 403 East Main Street, Durham, NC 27701. In lieu of flowers, memorials may be made to the Rector’s Discretionary Fund of the church.

Offer Condolence for the family of Betty (Lee) Hamblet 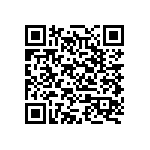