She was born to Frederick and Alice Relyea of Schenectady, New York, on September 11, 1923. She worked as a draftsman at General Electric in Schenectady during World War II while she waited for her fiancé, Floyd Lent, to return from the war. Together they built a home in Ballston Lake, NY, where they raised their family and were active in community and civic pursuits. Betty was an enterprising businesswoman as well as a library assistant in the Burnt Hills Ballston Lake school system before her retirement. She was a skilled seamstress and an avid golfer, quilter, and knitter. She was a member of St. Bartholomew’s Episcopal Church in Pittsboro.

A memorial service will be held at St. Bartholomew’s Episcopal Church in Pittsboro at 11 a.m. on Saturday, March 1, 2008.

In lieu of flowers, memorial contributions may be made to the Endowment Fund at St. Bartholomew’s Episcopal Church.

Arrangements under the care of
Griffin Funeral Service, Pittsboro.

Offer Condolence for the family of Betty Katherine Lent 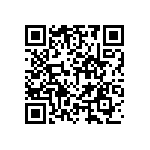