Betty Jane Holder Blackwell died at Brantwood Nursing Home on June 10, 2013. She was born in Easley, SC on December 10, 1927 to the late Minna Laboone and Ernest Perry Holder and grew up in Liberty, SC. She was the granddaughter of the late Stella Wyatt and Will Laboone formerly LaBoon/LeBon family of Rochefort, France. She graduated from the Atlanta School for Business and later attended Anderson College. During her first marriage she and her family lived in Anderson, SC where she was active in the Trinity Methodist Church as well as several community organizations.
Betty moved to Oxford, NC with her family in 1963 and joined the Oxford Methodist Church where she was active for many years. Betty especially loved gardening and cooking. She will be remembered for her holiday treats which she shared with family and close friends – especially her corn pudding, coconut cake and fig preserves. Betty is preceded in death by her second husband, David H. Stallings, Jr.; daughter, Fae and brother, William Bill Holder. She is survived by daughter, Dianne Davidian and husband Vartan; step grandson, VA Davidian, III and wife Heidi; step great grandchildren Pierce and Isabel; sisters Estelle Lambert and husband Tom and JoAnn Miller; several nieces and nephews.
Visitation will be held in Oxford on June 13, 4-6pm, at Gentry-Newell & Vaughan Funeral Home.
A private service with interment will be held Friday, June 14 at Hillcrest Memorial Park Mausoleum, Pickens, SC.
The family would like to thank many caregivers and staff for their wonderful care and compassion over the last year: Dr. Mike Mahan, Dr. Andrew Stock, Dr. Chad Caldwell, Dr. Michael Wegener and their staff; Whitmore Retirement Center; Granville Medical Center and Brantwood Nursing Home and Silver Ragland and Linda Davis.
In lieu of flowers, the family asks that any contributions be made to The Healing Place of Wake County Healing Place for Women or Oxford Methodist Church.
Arrangements by Gentry-Newell & Vaughan Funeral Home, 503 College Street, Oxford, NC.

Offer Condolence for the family of Betty Jane Blackwell 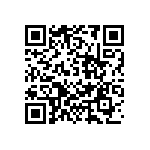