Betty Jane (B.J.) Seitzer a resident of Carolina Meadows retirement community of Chapel Hill, NC died on January 15th, 2015 at the age of 86. Born in Brocton, NY on February 17, 1928, the daughter of Elizabeth and Richard Wardner, she was a graduate of Spalding College of Louisville, KY and received a Master’s in Library Science from the University of Pittsburgh. She was a retired teacher and librarian and continued as a volunteer librarian at Durham County Library until 2010. She was a member of the First Presbyterian Church of Durham, and served as a Deacon and an Elder. She was the first female Clerk of Session of First Presbyterian and also served several years as the Presbyterian Urban Minister of the Church.
Surviving are her husband of 65 years, James; her daughter Deborah Olausson and husband Hans of Lund, Sweden; her son Bruce Seitzer and wife Janet of Wilmette, IL; and her daughter Jean Storrs and husband Alex of Catonsville, MD. Mrs. Seitzer is also survived by five grandchildren; Erik Olausson of Malmo, Sweden and Sara Olausson of Stockholm, Sweden, David Seitzer of New York City and Anna Seitzer of Boston, and Matt Storrs of Catonsville, MD. Also surviving is a sister, Cay Wendling of Napa, CA.
There will be no viewing. A Memorial Service will be held at Carolina Meadows at a later date with the ashes to be interred at First Presbyterian (Durham) Columbarium. In lieu of flowers, donations may be made to the Gift of Remembrance Fund of Carolina Meadows, 100 Whippoorwill Road, Chapel Hill, NC 27517. The family is being assisted by Hall-Wynne Funeral Service, Durham. Online condolences at www.hallwynne.com.

Offer Condolence for the family of Betty Jane (B.J.) Seitzer 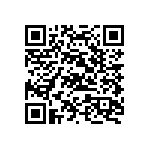