Betty was born in Culpepper, VA on January 21, 1945, the daughter of Cleveland Eugene Davis and Bertha Waddell Davis. Betty spent most of her life in the Lee and Chatham Counties area and was retired from Deep River School. She was a member of Cornerstone Baptist Church in Carbonton.

Survivors include her husband James David “Rabbit” Gwyn; son, Richard Gwyn of Sanford; daughter, Cindy Gordon and her husband, Tim, of Sanford; 6 grandchildren; and a sister, Sue Mashburn of Carbonton. In addition to her parents, Betty was preceded in death by two sons, James William Gwyn, II, and James David “Snoopy” Gwyn, and a brother, Stevie Smith.

The funeral for Mrs. Betty Gwyn will be conducted by Pastor Don Daniels and Pastor Charlie Stroud at 2:00 pm, Friday, September 4, 2009 from Cornerstone Baptist Church. Interment will follow in Goldston United Methodist Church Cemetery. Friends may visit with the family from 6:00 – 8:00 pm Thursday at Hall –Wynne Funeral Service, Griffin Chapel, in Pittsboro and at other times at the residence.

Online condolences may be sent to www.hallwynne.com, Select Obituaries.

Offer Condolence for the family of Betty Davis Gwyn 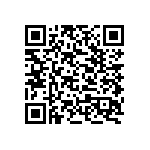