Betty Arnold Hodges, 83, a veteran newswoman who worked for Herald-Sun Papers in Durham for 43 years, died on Easter Monday, April 5, at the Hock Pavilion.
She was born in Waynesboro, VA, and was preceded in death by a daughter, Elizabeth Ann, and by her husband Louis Edward Hodges Jr., who died last December. The Hodges were married for 55 years.
The funeral service will be held at 1 p.m. on Saturday, April 10, at St. Philip’s Episcopal Church, 403 E. Main St. The visitation is set for Friday, April 9, from 6 to 8 p.m. at Hall-Wynne Funeral Service, 1113 W. Main St., Durham.
Mrs. Hodges is survived by a son, Louis Edward Hodges III and wife Shelia Whitmire Hodges of Raleigh; a daughter, Melisandre Hodges Hilliker and husband Lee Hilliker of St. Petersburg, FL; and two step-grandchildren, Kelly and Eric Whitmire.
Mrs. Hodges attended Blackburn Junior College in Illinois and the University of North Carolina at Chapel Hill where she graduated Phi Beta Kappa in 1950 with a bachelor’s degree in English.
Before moving to Durham in 1954, she apprenticed as a linotype operator during World War II at a newspaper in Waynesboro, VA., when shortages forced employers to hire women for jobs traditionally held by men. Her first job at the Durham Morning Herald was in the composing room as a linotype operator. Since the composing room was unionized, she made $90 a week. It was during this time that she met Ed, who worked on the news and sports desks in the newsroom. His salary was $30 less per week, a fact the pair liked to joke about over the years.
In addition to her position as editor in the Style Department, Mrs. Hodges was book columnist until 1999 and wrote for several other sections of the paper.
Recently, she gave her papers and copies of some of her published and unpublished work to the North Carolina Collection in Wilson Library at UNC. The collection includes three audio cassettes of interviews she conducted with writers in 1995-1996 and a scrapbook of her Durham Morning Herald articles that were entered in the 1987 competition for the Lulu Award for fashion journalism.
She was a member of the National Federation of Press Women, the North Carolina Press Club and the North Carolina Working Press. During the years, she won many first-place awards in annual writing competitions from these professional organizations.
She also belonged to Phi Beta Kappa, Durham Literacy Council, Friends of the Durham Library, Friends of Duke Library and St. Philip’s Episcopal Church.
She received a citation as North Carolina Woman of Achievement by the National Federation of Press Women in 1985; headliner of the year award in 1980 by Women in Communications, Triangle Chapter; honored in 1989 by the N.C. Writer’s Conference in recognition of her contributions to North Carolina literature and in 1996, she was awarded the Fortner Writer and Community Award by St. Andrew’s Presbyterian College for “outstanding coverage of the literary world of North Carolina over three decades.”
Since her retirement, she has continued to write freelance pieces, the latest published in January in the News & Observer, a memoir titled “612 Alpha.” She has also continued her tradition of taking a weeklong sabbatical every year to write at Wildacres, a retreat in Little Switzerland for serious writers.
During one of those Wildacres experiences she wrote, “I eagerly address the keyboard, in my own behalf now, with stubborn persistence, laboring always to get it right, to tell one woman’s story as truly as I can, my mantra Muriel Rukyser’s contention, ‘if one woman told the truth about her life, the world would split open.'”
In lieu of flowers, donations may be made to St. Philip’s Episcopal Church, 493 E. Main St., Durham 27701.
On-line memorials: www.hallwynne.com. Select obituaries.
Arrangements for the Hodges’ family are under the care of Hall-Wynne Funeral Service.

Offer Condolence for the family of Betty Arnold Hodges 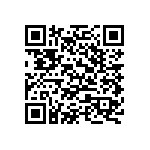