Betsy Shaw Close (nee Cade) passed away on Monday, June 10, 2018 at the age of 92 years at the Forest at Duke, where she was a longtime resident.

Betsy was born in Morehead City, NC, and as the daughter of a Methodist Minister, lived in many North Carolina cities and towns. She graduated from Goldsboro High School and attended Greensboro College. She transferred to The Juilliard School in NYC to pursue her dream of becoming a professional singer. It was at Juilliard that she met and fell in love with a fellow student, Charles (Chuck) Close. They married and started their family, first in Levittown, NY, and later in Wellesley, MA.  While raising her family, Betsy continued to have a successful career performing as a soloist and chorus member in NYC, Boston, Tanglewood, in cathedrals and concert halls throughout Europe and, in retirement, with the Duke Chapel Choir. She sang under the baton of Leinsdorf, Bernstein, Patterson, Munch, Koussevitzky, Shaw, and others. She had the opportunity to premiere works by Poulenc, Britten, Bernstein, and to perform at the memorial service for President Franklin D. Roosevelt.

As a Daughter of the American Revolution, Betsy was proud of the rebellious part of her heritage. She had no patience for injustice and was active in the civil rights, anti-war, women’s rights, and gay rights movements. She did not follow the crowd, but was an independent thinker and a trend setter of her own making. She constantly pushed the envelope and challenged conventional thinking, all under the veneer of a proper southern lady.

Betsy eschewed lazy minds and sought always to learn and to teach. She was an avid world traveler and lifelong learner, and traveled on a Semester at Sea voyage in her 70s where she fell further in love with the history and traditions of people around the globe.

Memorial arrangements will be forthcoming with a planned memorial concert in North Carolina and internment in Massachusetts.

Those who so desire may make memorial donations in memory of Betsy to the American Civil Liberties Union (ACLU) https://action.aclu.org/give/make-gift-aclu-someones-memory or to the Star Island Annual Fund, Morton-Benedict House, 30 Middle Street, Portsmouth, NH 03801.

Offer Condolence for the family of Betsy Shaw Close 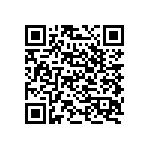