Following childhood that included many family moves in North Texas and Southwest Oklahoma, Beti graduated from high school in Altus, Oklahoma at the age of fifteen, the youngest member of her graduating class. Following high school, she attended Cameron Junior College in Lawton, where she was awarded the highest Junior College scholastic honor Phi Theta Kappa. Also, she was elected the first female member of the Cameron College Student Senate. After graduating from Cameron in 1940, she transferred to the University of Oklahoma for the remainder of her college studies, majoring in Secretarial Science. She helped finance her education at Oklahoma University by working as Secretary to the President of the Oklahoma Press. It was at the University of Oklahoma that she met her husband, Dale Briscoe. They were married in Tallahassee, Florida on May 3, 1942 following Dale’s graduation from the Air Corps Flying Cadet pilot training program. Beti will be remembered by the many friends she made during her many years of traveling as an Air Force wife. She excelled as a military wife who met the challenges and opportunities that it afforded with equal enthusiasm. She was always successful in establishing a perfect home environment for her family in the many and varied military locations throughout the world, including Tripoli, Libya, and Ramstein, Germany. Beti served as Vice President on the Air Force Wives Committee who refurbished the Marine Corps Cemetery in Tripoli, Libya, in 1953. She later served on the Officers Wives Committee in Washington, DC, which is responsible for welcoming foreign attaché wives who were assigned to the Foreign Embassies in Washington. Beti, while in San Antonio, was a faithful member of the Alamo Heights United Methodist Church. She was a kind and loving wife, mother, grandmother, and great-grandmother… always cheerful and supportive. Beti will truly be missed by her family and by all who knew her.

The memorial service to honor Beti’s life will be held at 11:00 am Friday in the Auditorium of Galloway Ridge at Fearrington Village in Pittsboro, NC. The Rev. Hannah McManus and the Rev. Claude Young will preside. Interment will be in Arlington National Cemetery.

Memorial contributions may be given to either the Susan Komen Breast Cancer Foundation by contacting Komen NC Triangle Affiliate at 919-493-2873, 2314 S. Miami Blvd./Ste. 154, Durham, NC 27703, or to the charity of the donor’s choice.

Arrangements are under the care of Griffin Funeral Service, 396 West Street, Pittsboro, NC 27312.

Offer Condolence for the family of Beti Bretherton Briscoe 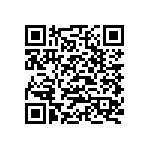