Beth was born on August 18, 1922 in Lexington, NC, to the late Sarah Othello McIntosh Perry and Dr. David Russell Perry, a well-known physician in Durham. She moved to Durham at the age of three, where she graduated from Durham High School in 1939. After a severe case of viral meningitis while at Meredith College, Beth transferred to Wake Forest College where she was the first woman to matriculate since it had been an all-male school, graduating in 1943. She was a founder of the Wake Forest Little Theatre, playing significant roles in directing and performing the plays. Upon graduation, Beth taught math at Wake Forest High School for one year.

On April 27, 1944, she married her high school sweetheart, William “Bill” Merrimon Upchurch, Jr. They became the proud parents of three children, Perry, Sarah, and Kay, and she was very active in their lives. Beth was involved in her children’s PTA’s, usually serving as President, which led to her election to the Durham City Board of Education from 1979-1983. Beth also was one of the first women on the Board of Trustees of Wake Forest College, from 1956-1960.

Beth joined Temple Baptist Church in her youth and moved her membership to Watts Street Baptist Church after her marriage to Bill. Her faith was very important to her, and she was an active member of Watts Street all her life, serving as a Sunday School teacher, Deacon, and President of the Women’s Missionary Union. Her family greatly appreciates the love and care of the church family.

Beth loved reading and learning, and was a longtime member of the Study Book Club, from 1955-2011. She was a Realtor with her husband with Upchurch Associates, Inc., which included property management. The William Upchurch home on Glendale Avenue, built by Bill, was on the 65th annual Preservation Durham Tour in 2011.

In 1993, Beth and Bill relocated to the Forest at Duke, where they both enjoyed the company of the residents and caregivers. Last April, Beth and Bill celebrated their 72nd wedding anniversary.

In addition to her parents, Beth was preceded in death by her son, Perry Donne Upchurch; sister, Frances Perry Aaroe; and brother, David R. Perry, Jr.

Beth was deeply committed to her family, church, and community. Her strong values, leadership, service, and kindness were inspiring to those fortunate enough to know her. She was loved by many, and she will be deeply missed.

A memorial service will be held Friday, March 31, 2017 at 2:00pm at Watts Street Baptist Church. Officiating will be Revs. Diane Eubanks Hill and Dorisanne Cooper. Beth’s ashes will be interred at Maplewood Cemetery privately.

Offer Condolence for the family of Beth Perry Upchurch 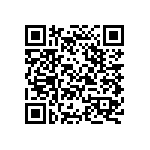