Mrs. Bessie Sherron May Freeman, age 88, of Fletcher’s Chapel Road, passed away on Sunday, January 23, 2011. Mrs. Freeman was a native of Durham and the daughter of the late Nebron and Bessie Nichols Sherron. She was previously deceased by all eight brothers and sisters; Harvey, Joel, Victor, Vernon, Marvin, and Billie Sherron, Leora Ward and Mary Sue Cheek.

Mrs. Freeman was a member of Fletcher’s Chapel Methodist Church, a member of the Young at Hearts and the Redwood Senior Citizen’s Group. She retired from Liggett & Myers at age 55 and was a well known seamstress in the community.

She was predeceased by her first husband of 23 years, Herbert Carlton May, a son Donald Wayne May, her second husband of 33 years, Thomas Freeman, Sr., and a step-son Mike Freeman.

Funeral Services will be offered 11:00 AM on Thursday, January 27, 2011 from Fletchers Chapel Methodist Church. Burial will follow in Maplewood Cemetery.

Offer Condolence for the family of Bessie Sherron May Freeman 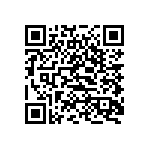