Bert Junior Tackett, 60, of Hillsborough, NC, passed away at his daughter’s home on Sunday January 25, 2015. He was surrounded by family and friends. Bert was born December 29, 1954 in Prestonsburg, Kentucky to the late Wilbur Lee Tackett and the late Maxie Newsome.

Throughout his life, Bert had a wide range of interests and hobbies including gardening, coin collecting, and NASCAR racing. He was a fan of bluegrass music and enjoyed attending music events. He also enjoyed traveling; often to visit family out of state. Bert was an amazing cook often preparing large meals for his whole family. He had a close attachment to his cat, Boots. His life-long devotion was to his family and friends, often giving more to them than they could ever repay.

He moved from Mud Creek, Kentucky as a child to North Carolina with his family. He worked in construction for many years and he worked for the University of North Carolina in Chapel Hill for the majority of his career; he retired from the university.

Bert is survived by his loving family including his two daughters, Crystal Gail Tackett of Spring Lake, NC and Teresa Ann Tackett of Pittsboro, NC; his three grandchildren, Kevin Troy Helbert, Hailey Lynn Helbert, and William James Waddell; his sisters,   Barbara Johnson of Kentucky and Alpha Strowd of Edenton, NC; his brother,   Carl Tackett of Pittsboro, NC;   his sister-in-law, Vickie Tackett of Temple, Georgia;   and his mother-in-law, Daisy Mae Hatley of Chapel Hill, NC.  His special friends included Deborah Hatley of Pittsboro, NC and Ruth Holt of Butner, NC. He had many nieces and nephews that he loved dearly.  He was preceded in death by his mother, Maxie Newsome and his father, Wilbur Lee Tackett; his brothers, Frank Tackett, Edgar Tackett, Rex Tackett, his sisters Lorrene Tackett, Genevieve Hall, Carol Bennett, and Geraldine Lester.

Visitation will be held at Hall-Wynne Funeral Home, 396 West Street Pittsboro, NC  on Friday January 30th from 6-9:00 pm. Services will be held at Hall-Wynne, Griffin Chapel on Saturday January 31st at 1:00 pm. Burial is to follow at Markham-Memorial Gardens in Chapel Hill, NC.  Flower arrangements may be sent to the funeral home. Hall Wynne Griffin Chapel is serving the Tackett family.

Offer Condolence for the family of Bert Junior Tackett 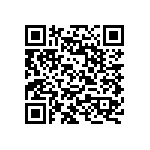