Bennett Watson Cowper Roberts died on December 17, 2016 at the age of 79 in Durham, NC.  He was born on April 30, 1937 in Durham, North Carolina, the son of Dr. Bennett Watson Roberts and Elizabeth Parker Roberts.  He graduated from Episcopal High School in Alexandria, Virginia and attended the University of North Carolina at Chapel Hill where he was a member of Delta Kappa Epsilon Fraternity.  After receiving a degree in business administration, Ben worked for two years for General Telephone Company in North Carolina and Tennessee.  In 1961 he began a career at the Durham Branch of The American Tobacco Company working his way up to Community Relations Coordinator. His duties included hiring, handling the affirmative action program, United Way, Red Cross blood program and editing the company newsletter.  Ben retired in 1987 when the Durham Branch shut down.  He married Snow Loy Roberts from Eustis, Florida in 1964.  The two had met on a European tour.

Ben was an amateur historian with a love of anything related to North Carolina. He was an avid collector of North Caroliniana.  He was the co-author of two books on tobacco history, Bull Durham Business Bonanza and Amazing Leaders of the Durham Branch.  In addition he published, “Cockfighting: An Early Entertainment in North Carolina,” in the North Carolina Historical Review and co-authored, “Paving the Way for the Tobacco Trust:  From Hand Rolling to Mechanized Cigarette Production by W. Duke, Sons and Company,” in the same publication.  He also co-authored a pamphlet on John Thomas Dalton, an inventor at American Tobacco Company.  He collected non-fiction books on North Carolina and novels with a North Carolina setting.  In 2002 he donated a collection of over 1200 volumes of North Carolina literature to the North Carolina Collection at Joyner Library at East Carolina University.  The Roberts Award for Literary Inspiration, named for Snow and B. W. C. Roberts, is given each year to a North Carolina writer whose works have left considerable impact on the literature of North Carolina.   Ben was an active member of the Duke Homestead Education and History Corporation, a support organization for Duke Homestead State Historic Site, and served on its board of directors since its inception.  For 13 years he was treasurer of the organization.  He searched for and donated many artifacts for the tobacco museum including but not limited to a table and chair used by cigar hand-rollers in Ybor City, Florida and over 80 spittoons.  He assembled and donated the core of the tobacco history library at the tobacco museum.  He helped the site manager build a collection of tobacco farming equipment and machinery.  He combed every antique store he entered looking for tobacco items and the museum has benefited greatly from his endeavors.  He was a member of the North Caroliniana Society, for many years was on the board of directors of John Avery Boys and Girls Club and was a life-long member of St. Philip’s Episcopal Church.  He enjoyed traveling, reading non-fiction, and researching North Carolina history.

A memorial service will be held at St. Philip’s Episcopal Church, 403 E. Main Street, Durham,  on Tuesday, December 20 at 2pm, officiating will be Rev. M. Jonah Kendall.  The family will receive friends in the parish house following the service.  Burial will take place in Maplewood Cemetery.

Offer Condolence for the family of Bennett Watson Cowper Roberts 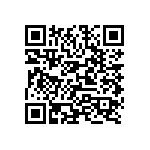