Benedict Urban Feole, 91, a devoted husband, Father, Grandfather and Great-grandfather, passed away on January 18, 2019 at The Arbor at Galloway Ridge, Pittsboro, North Carolina.

He was born November 2, 1927 in Berlin, Connecticut to Luigi Feole, originally from Naples, Italy and Emilia Fabretti from Rome.  He was predeceased by his loving wife, Pauline Breault Feole, in October, 2018.

Ben left high school to enlist in the Navy in 1944 at age 17, and being in the service during WWII was one of his proudest accomplishments.   An equally proud accomplishment was to be the first in his family to attend college, studying accounting at Hillyer Junior College in Hartford, Ct (later University of Hartford).  Ben married Pauline in 1949.

Ben was an amazingly accomplished and hard working business man, a self-made man of immigrant descent.  He initially worked in New Britain, Ct, was promoted to Plax in Stonington, Ct. while living in Westerly, R.I. before advancing to Monsanto in St. Louis, Missouri in 1964.  He then joined Richardson Company (Spaulding Fiber Company) in DeKalb, Illinois in 1969 before deciding to buy his own companies (Illnois Transformer and Quick Start).

Ben was extremely social and with his constant smile and quick wit brought joy and laughter to everyone he met.  He and Pauline formed close, lifelong friends wherever they lived.  He was enraptured by his wife, Pauline, and their early days were spent dancing and listening to big band music.  He was always active in his community, being on the board at Kishwaukee Hospital in DeKalb, an Adjunct Professor of Business at Kishwaukee Community College and a proud member of Kiwanis and the Rotary Club.  He taught Sunday school at his Catholic Parish.  He enjoyed public speaking and was an avid amateur theater performer as well as golfer.   Ben was in charge of international sales and enjoyed trips through Europe and Asia.  He and Pauline made cooking trips with friends to France and Tuscany.

Ben and Pauline moved to Fearrington, NC in 2002 to be near family and also spent half the year in their beloved cottage in Long Boat Key, Florida, an area that they fell in love with since the 1970’s.

Despite our great sadness, Ben will remain in our hearts with constant memories of his great devotion to family and his incredible exuberance, infusing all around him with a feeling of joy as he welcomed them into his life.  His main desire was for our family to ‘dream big’ and accomplish our goals…a mentor, a man of action and spirit, of endless hope, overcoming all odds, with a genuine love of people.

Offer Condolence for the family of Benedict U. Feole 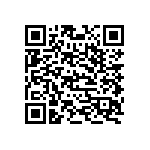