Baxter Sledge Riggsbee died February 25, 2015. He was born December 25, 1925 in Pittsboro, North Carolina, where he grew up. His parents were Fred Riggsbee and Irene Sledge Riggsbee. He graduated from high school in Pittsboro and immediately joined the Army, as his draft was deferred long enough for him to graduate. He served in the Philippines and then in Japan. After the war, Baxter entered UNC Chapel Hill but was unable to graduate as he had to work. He never lost his love for Carolina and remained a Tarheel until his death.

Baxter worked many jobs during his life, starting as a soda jerk at McBane Drug Store in Pittsboro, working at the local pool hall, selling furniture at William Drake’s furniture store, working construction, and supervising at the American Tobacco Company. He then worked at Justice Motor Company for 16 years, after which he and Tom Reeves started Reeves and Riggsbee Insurance and Realty Company. In 1973 Baxter bought Tom Reeves’ interest in the company and ran the business until he sold the insurance company in 1986. He continued to work in the real estate business until his early eighties.

At his death, Baxter was the last surviving founder of the Pittsboro Kiwanis Club, which was begun in 1950. Baxter served the Kiwanis Club in almost every capacity available. During his life, he also served on the Pittsboro Town Board of Commissioners and on the First Citizens Bank Board of Directors. He was a commander in the VFW and the American Legion, and was a Mason, receiving a 60 year award of service just a few months prior to his death. He was a long time member of the Pittsboro Methodist Church and attended regularly until his health would no longer allow.

Baxter was not all work and no play. He was an avid golfer until he was no longer able to play, and followed the Boston Red Sox and his beloved Tarheels until his death.

Offer Condolence for the family of Baxter Sledge Riggsbee 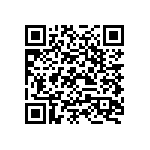