Barbara was born in Cumberland, Maryland, the daughter of James and Juanita Wigfield Stuck. Before retiring, she was an accounts receivable clerk with Richold Chemical in Moncure, NC. She was a member of Hanks Chapel United Church of Christ.

Arrangements are under the care of Griffin Funeral Service and Cremation of Pittsboro, NC.

Offer Condolence for the family of Barbara Stuck Farrell 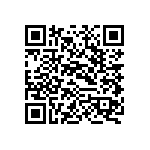