Mrs. Barbara Norwood Clark, 67, of Croaisdaile Village in Durham, formerly of Pittsboro, died at her home Thursday, May 11, 2006.
She was a Chatham County native, born December 9, 2006, to Max and Helen Boone Norwood. Barbara was a graduate of Pittsboro High School, and attended UNC-Greensboro. On June 29, 1958 she married Rufus Walter "Buddy" Clark at Mt. Pleasant United Methodist Church. Mr. Clark preceded her in death on July 21, 1994. Barbara worked at Bank of Chapel Hill, which later became NCNB, for 17 years.
She moved from Pittsboro to Croaisdaile Village where she resided for 4 years. Her many friends will always recall her smiling face and gracious personality.
Barbara is survived by her daughters, Helen Clark of Durham, and Janet Walker and her husband W. Barry Walker of Roxboro; her parents, Max and Helen Norwood of Pittsboro; her sisters, Ruth Norwood Meeks of Sanford and Maxine M. Norwood of Durham; and by the apples of her eye, her grandsons Jeffrey and Will Walker. Also surviving are numerous aunts, uncles, nieces and nephews.

Offer Condolence for the family of Barbara Norwood Clark 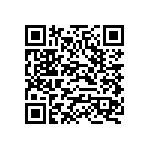