Rev. Barbara Le Hays died in her residence at the Croasdaile Village Retirement Community in Durham, NC on Dec 11, 2019.  She was age 95.

Born on October 15, 1924 to the late Dr. L. E. Crick and Beulah Belle Frazier Crick, Barbara grew up in Britton, Oklahoma.  A gifted musician and precocious student, she graduated with a B.A. from Oklahoma Central State College at the age of 18 and married Miller B. Hays, a pilot and military pilot trainer in World War II.  After the war, they moved to New York City, where Barbara studied organ performance at the Guilmont School of Organ, and later to Frankfurt, Germany, with their infant and toddler, while her husband flew in the Berlin Airlift.

After her marriage ended in 1952, she returned to Oklahoma to raise her family. Until her sons graduated from high school, she served as an organist and composer at Britton Methodist Church and Village Methodist Church in Oklahoma City, regularly accompanying annual performances of Handel’s Messiah and directing original multigenerational musical theater productions. Along with her church and musical work, she assisted her father in his medical office.

After her two sons went away to college, Barbara earned a Master of Religious Education degree at the Perkins School of Theology, SMU, serving as Director of Religious Education at Crown Heights Methodist in Oklahoma City. She graduated from The Graduate Seminary of Phillips University (Enid, Oklahoma) with a Master of Divinity degree and was one of the first women to be ordained in the Oklahoma Conference of the United Methodist Church before serving as a beloved pastor in Glencoe, Grandfield, and Randlett, Oklahoma. With a friend from her Grandfield congregation, she performed widely as a fierce keyboardist in a music ministry known as Jean and the Preacher.

In the early decades of her retirement, she continued to offer energetic leadership, both in ministry and in music, to Methodist congregations in Dale City, VA; Ambridge, PA; and Durham, NC. Among family, each member’s favorite recipe was always on the menu for visits—an expression of her deep love for family. Throughout her tenure at Croasdaile Village, her radiant smile and prayerful attention to each individual was legendary among the clinical, administrative, and support staff. For nearly a century, music continued to be a solace to her and a passion to share with her growing family. On the last weekend of her long and adventurous life, she sang Christmas carols with one of her great grandsons.

The Hays family is under the care of Hall-Wynne Funeral Service.

Offer Condolence for the family of Barbara Le Hays 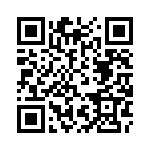