A native of West Chester, PA, she was born April 26, 1946 to Marshall Myron Cooper and Geneva Postles Cooper. Mrs. Fesel was a retired realtor, and had served as property manager at Walnut Grove and Sheffield Manor complexes. She was also a volunteer for the Rape Crisis Center in Pittsboro.

Graveside rites for Mrs. Fesel will be held at 1:00 pm Thursday, February 4, 2010 at Salisbury National Cemetery with the Rev. Bob Wachs presiding. Friends may visit with the family on Wednesday from 6 – 8 pm at Hall-Wynne Funeral Home, Griffin Chapel in Pittsboro.

Arrangements are under the care of Hall-Wynne Funeral Home of Pittsboro.

Offer Condolence for the family of Barbara Cooper Fesel 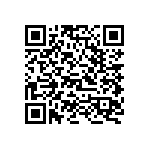