She was the daughter of the late Mary Phyllis Peddicord and Francis Michael Keidel. For 52 years, Barbara was married to Ross Conklin.

In addition to raising three children, Mrs. Conklin always made time to give of herself to others. She served as an Extraordinary Minister of Holy Communion at Holy Infant Catholic Church as well as volunteering for the schools and the Girl Scouts. She served as president of DILR and the Parkwood Swim Club. She also enjoyed reading and sewing. She was an avid ACC sports fan, specifically rooting for the Duke Blue Devils.

In addition to her husband, she is survived by her son, Ross E.

Offer Condolence for the family of Barbara Ann Conklin 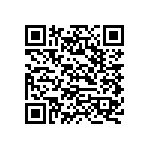